POINT CHARGE MODEL (PCM )
The point charge model is a simplified model of a crystal lattice in which ligands are presented as charged spheres with a uniform surface charge distribution that excludes the screening effects of the outer shell. This allows us to determine the Amn coefficients, which is equivalent to specifying the potential at a given point (i.e. in our case, the potential energy acting on the central ion). The  coefficients are introduced due to the fact that the:

where: Xi, Yi, Zi – ligand coordinates, X,y,z – position of the central ion electron. By expanding it into a Maclaurin series

we will  have reached an expansion whose coefficients are in line with our  Amn parameters. The potentials for the three basic symmetries will have the following form: 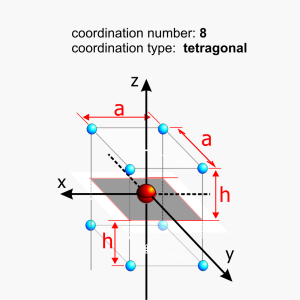 Upon rotating the coordinate system by 45°, the signs of sections V44  and  V46  are altered 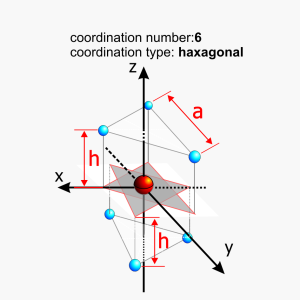 Upon reflecting in the horizontal plane, the signs of sections V34  and  V36   are altered 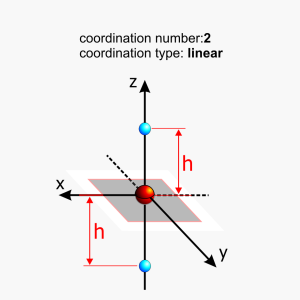 By rotation and  superposition of these three components, we can compose the symmetry of the most highly symmetrical potentials carried by ligands in crystals. 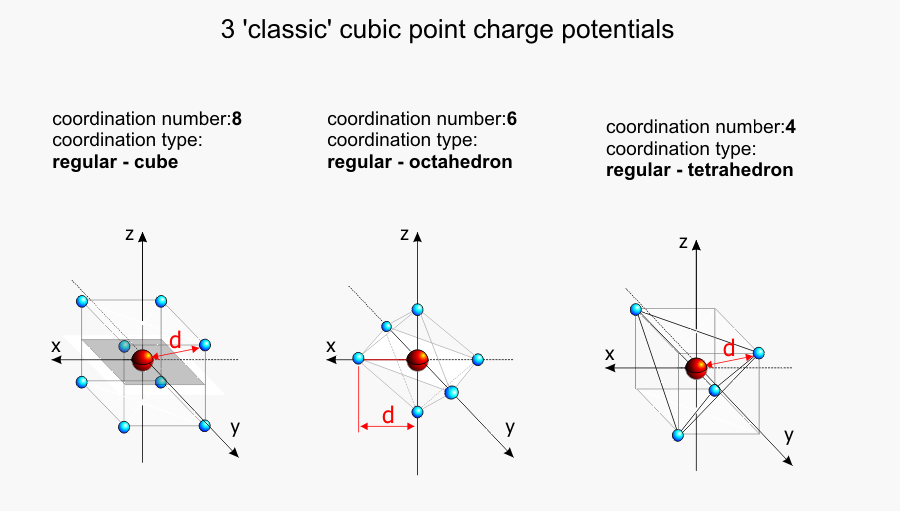